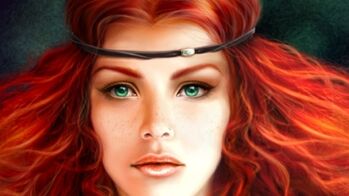 Princess Angharad was the daughter of Queen Regat and the mother of Princess Eilonwy, and one of the last heirs of the House of Llyr. Like all female descendants of Llyr Half-Speech, Angharad was an enchantress.

Unlike her ancestors, however, Angharad fell in love with and married a commoner, Geraint, who had no magic, though he was blessed with charisma and did have a certain gift for sleight-of-hand. (This mixed parentage is almost certainly why Eilonwy sometimes referred to herself as "half an enchantress.") Together, Angharad and Geraint fled from Caer Colur, despite enchantments laid to stop them by Angharad's jilted suitors, Gildas and Grimgower. 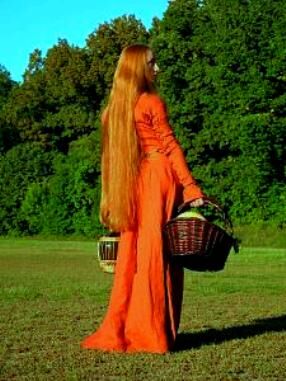 After Eilonwy was taken as a child by Achren, Angharad set off in search of her daughter. Her journey did not end well. Weak and cold, she reached the doorstep of the wizard Morda, offering him her pendant -- a powerful emblem of the House of Lly, set with an enchanted jewel crafted by the Fair Folk -- in exchange for shelter and aid. Instead, he let her die and seized both the jewel and an empty book she carried.

Morda sold the seemingly useless volume to Glew; it was later found by the artless Prince Rhun and revealed as the Book of Llyr, a volume of spells that could only be seen in the light of Eilonwy's bauble. Eilonwy herself destroyed the book in defiance of her vengeful captor, Achren. 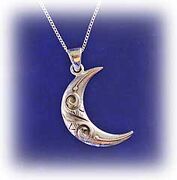 The power of Angharad's jewel was used by Morda to fortify a stronghold, rob the Fair Folk and turn anyone who crossed him into an animal. Following Morda's defeat, Taran gave the gem to Doli of the Fair Folk. At that point the jewel's journey came full circle; for as Doli explained, the Fair Folk had given the item to Queen Regat as a wedding gift.

Retrieved from "https://prydain.fandom.com/wiki/Angharad?oldid=9329"
Community content is available under CC-BY-SA unless otherwise noted.