This page is about the book chapter. For the character, see Adaon.

Adaon is the third chapter of The Black Cauldron. The conflict among two major protagonists grows into danger, as the plan to achieve the story goal proceeds as drafted in the previous chapter. 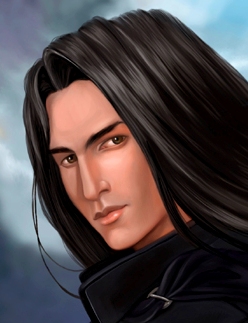 At first light, the group began the drive toward Dark Gate. Taran conversed with Adaon, his group leader; Adaon told Taran that he could find more honor in a field well-plowed than a field steeped in blood. 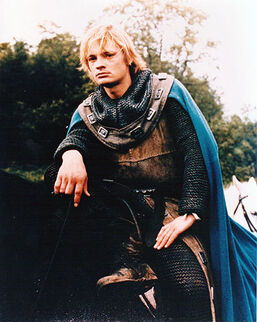 Ellidyr continued to behave unkindly toward Taran; Adaon warned of a "black beast" he had seen through dream on Ellidyr's shoulders.

As they ascended a slope, Ellidyr jostled against Melynlas, and the stallion lost his footing, nearly plunging off the cliff along with Taran. Ellidyr pulled and pushed them both back up; even Taran had to admit he had never seen such a feat of strength. According to an initially confused Ellidyr, he had not meant for Taran to fall. Gwydion reproached Taran, who remained silent on Ellidyr's part.

Later, King Morgant's forces diverged from Gwydion's. Doli went ahead, invisibly, before Gwydion's own group. In the Forest of Idris, Taran and Adaon took watch together, awaiting the others' return with the Black Cauldron.

Retrieved from "https://prydain.fandom.com/wiki/Adaon_(chapter)?oldid=9236"
Community content is available under CC-BY-SA unless otherwise noted.