A Stone in the Shoe is the eighth chapter in The Black Cauldron. The themes of self-sacrifice for a larger purpose, of friendship and loyalty to a cause, are strengthened by, and find fulfillment in, a tragic turn of events. 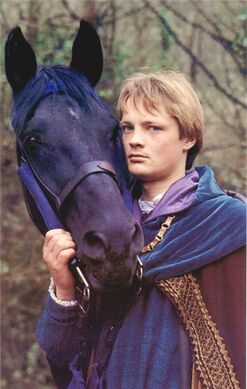 Fflewddur Fflam offered to lead the way to the Marshes of Morva, saying he could find the way with his eyes shut; he gave the position to Adaon after two harp strings snapped.

Taran was troubled by being given the choice to pursue the Marshes of Morva; Adaon, to soothe his concerns, told him something of his dreams -- a peaceful and beatific scene. Later along the trail, Ellidyr dismounted to examine Islimach's leg, and Taran noticed it had gone lame. 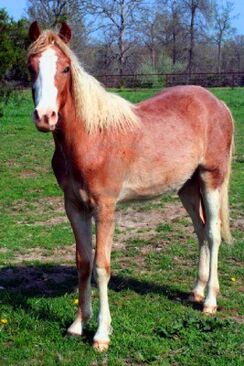 He offered to help, but Ellidyr said that Islimach would not accept the touch of a stranger, and warned her hooves were sharp as knives. Taran soon calmed her and removed the stone from her hoof. Ellidyr showed no gratitude, only dismay at being so stripped of his honor.

Adaon took Taran aside and entrusted his brooch to Taran should he die in battle. The item was a gift from his betrothed, Arianllyn. Taran reluctantly accepted. The next morning, Ellidyr was gone from the camp, by his tracks headed southward to the Marshes.

Suddenly the Huntsmen of Annuvin had found them, and Adaon commanded that they must make a stand. During the fight, Adaon saved Taran's life by maneuvering Lluagor between them and striking the attacker dead, but took the foeman's knife in his breast. Taran called for Fflewddur and Doli, shouting that Adaon was wounded.

Retrieved from "https://prydain.fandom.com/wiki/A_Stone_in_the_Shoe?oldid=9220"
Community content is available under CC-BY-SA unless otherwise noted.